TS Barry: How the bowl of New Orleans is filled 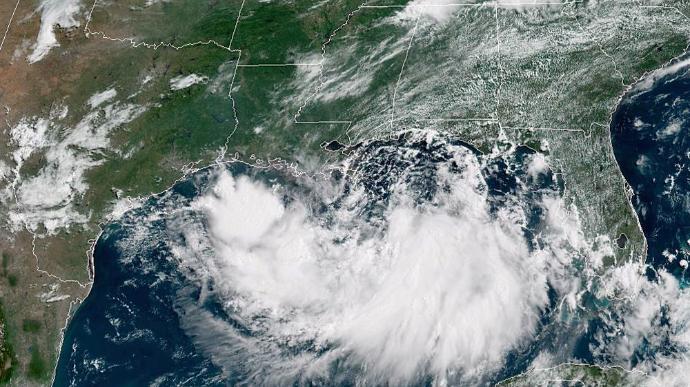 As Tropical Storm Barry (expected to become Hurricane Barry later today) approaches the Louisiana coast, the New Orleans area faces a largely unprecedented situation. Many continue to downplay the threat posed by a mere Category 1 hurricane but there’s good reason to be worried. Here’s why everyone should be paying close attention to what happens in the next forty-eight hours, and why those in New Orleans should strongly consider leaving town if they have the means to do so.

Most flood scenarios for New Orleans involve rainfall and/or failure of the city’s drainage canal network; Contrary to popular belief, the Mississippi River and its levees are rarely implicated. But in 1849, the largely forgotten Sauvé’s Crevasse levee failure flooded a vast portion of New Orleans, a disaster not eclipsed in the city until Hurricane Katrina in 2005. With the Mississippi level flowing at it’s highest recorded level in twenty-one years, the east levee gave way on May 3, 1849, at a point about seventeen miles upriver from New Orleans (the location of present-day River Ridge, LA.) This 1849 levee breach flooded the city as far down as Canal Street; Uptown New Orleans was inundated along with the Lower Garden District and the Central Business District. Portions of the city below Canal Street were spared only by quick action to build up the Carondelet Canal, diverting much of the floodwater to Bayou St. John and Lake Ponchartrain. At the time there was little development in the low-lying tracts of land between Uptown and the New Orleans Lakefront. Today a similar failure would be catastrophic given the extensive neighborhoods that have been built in the century and a half since.

During Hurricane Katrina, we all learned that New Orleans is shaped much like a bowl: ten to fifteen feet above sea level around the edges, and well below sea level throughout much of the center. Every drop of water that enters the city must be pumped up over the bowl’s edge and out to Lake Ponchartrain. Given this topography, there are three basic ways the Crescent City can flood: From massive rainfall that overwhelms the city’s pumps; From Lake Ponchartrain via the city’s draining canals; Or from the Mississippi River when its levees fail or get overtopped.

In contrast to the Mississippi’s role in the Sauvé’s Crevasse disaster, flooding associated with Hurricane Katrina came largely from Lake Ponchartrain along with heavy rainfall deposited by the storm. As the storm passed to the east of New Orleans, its storm surge backed up water from the lake into the city’s outflow canals, where it breached poorly constructed levee walls and began to “fill the bowl.” Other than the Lower Ninth Ward, most of the city flooded gradually as lake water flowed first into the lowest parts of the city nearest the lake well after the storm had departed. Katrina’s 2005 flooding scenario was very different from the historic Sauvé’s Crevasse disaster, and also very different from the threat presented by TS Barry this weekend.

Why slow is bad

Hurricane categories are determined solely by their sustained wind velocity–a highly misleading measure. The greatest threats posed by a hurricane are not winds but storm surge and flooding, which are often the greatest cause of fatalities. A “weaker,” slower-moving storm has time to deposit a far greater volume of water than one that moves quickly through the area after making landfall. A slower-moving hurricane also maintains its surge longer, though often not as high as a more powerful storm. (Storm surge is a function of the barometric pressure at the eye of the storm, among other factors.)

TS Barry is just such a storm. Forecast to be barely a Category 1 storm when it makes landfall, Barry will grind slowly across the Louisiana coast depositing as much as 20-25″ of rain in some areas. That’s an ugly but hardly unprecedented scenario. While there’s likely to be a significant amount of street flooding in the New Orleans area, the 120 massive pumps of the New Orleans Flood Protection System should ultimately be able to cope with it. So despite the massive rainfall anticipated, rainfall flooding is not Barry’s greatest threat.

What makes Barry especially dangerous is its potential interaction with the Mississippi River, already at record levels (just shy of its seventeen foot flood stage.) The river is often high this time of year, but most Gulf Coast hurricanes arrive in August and September. By that point the river has returned to normal levels after spring runoff and the levee system can easily handle any storm surge that pushes up the river. This year, Barry is arriving before the river has had a chance to subside, and anything more than three feet of storm surge coming up the river would overtop the levees. Until a few days ago, this was a scenario that forecasters considered highly unlikely.

What this all means

It’s impossible to say exactly what will happen this weekend. At the very least, the New Orleans area is going to see considerable street flooding and inundation of buildings in low-lying areas. There will without question be widespread power outages for an extended period of time. The torrential rains that fell earlier in the week mean the ground is already saturated (admittedly that’s often the case in New Orleans anyhow) so trees will be more easily be uprooted by Barry’s winds, Category 1 or not. Even if this is the extent of the Barry’s impacts on the Crescent City, it’s still a scenario few of us want to experience if we can avoid it.

The bigger worry, which we all need to be paying attention to, is the scenario of a slow-moving, rain-laden hurricane crawling slowly west of the city and pushing even a moderate storm surge up a river that’s already at or near flood stage. This combination of factors is quite simply unprecedented. The river is currently just shy of seventeen feet above sea level. The levees are supposed to handle up to twenty feet, and Barry is projected to bring two feet of surge up the river to New Orleans. That leaves only a foot as a margin for error. And there’s lots of room for error.

The Army Corps of Engineers has inspired questionable confidence regarding the levee system. Earlier this week, they said that some levee sections were only eighteen to nineteen feet above sea level, not twenty. Then yesterday they claimed that everything is in fact greater than twenty feet, attributing the discrepancy to differences in how the height of the river is measured versus the levees (a 1927 datum for river height, and a more modern point of reference for the levees.)

At the very least, Barry is going to make for an unpleasant weekend weather-wise, characterized by significant urban flooding, power outages, and downed trees. The potential for the levees to be over-topped or fail altogether is admittedly unlikely, but also not outside the realm of possibility. A major failure of the Mississippi River’s levee system, especially given its present height well above any land in the city would likely be catastrophic. Katrina would look like a rainy day by comparison.

As one would expect, both the Governor and the President have declared States of Emergency for the region in advance of TS Barry, allowing disaster response resources to start leaning forward. The National Weather Service has issued Hurricane and Tropical Storm Warnings throughout the area. Here in Rhode Island, members of our emergency management community are already deploying ahead of the storm, ready to lend assistance.

For those in New Orleans, this is the time to seriously consider evacuating if you have the means to do so. Unless you are on extremely high ground (a relative thing in the Crescent City) Barry brings with it a potential for severe flooding from rainfall alone, even without the Mississippi River and storm surge scenario.