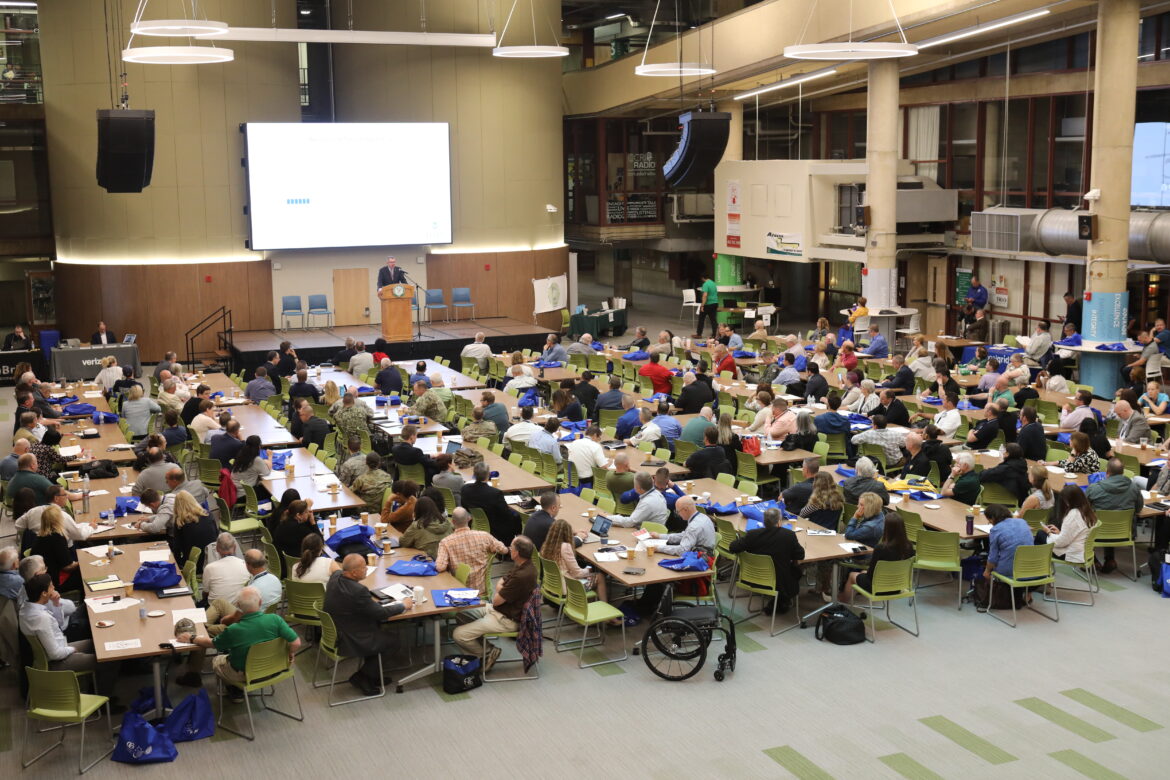 This year’s Rhode Island Emergency Manager of the Year was awarded to Chief Brian Dugan of the Newport Fire Department for his exemplary response in the time of crisis. Chief Dugan has been with the Newport Fire Department since 1992. Over the years he has worked his way up through the ranks; his most recent promotion was in 2017 when he was promoted as Newport Fire Chief and thus assuming the responsibility as Emergency Manager. Chief Dugan describes the most enjoyable part of his job as improving the safety of the Newport community and being able to focus on getting everyone working in the same direction and working to minimize any crisis that is going to happen. Chief Dugan states that “you can’t prevent everything but you can try to mitigate some things and have a coordinated response.”

In January of 2019, Chief Dugan showcased his response capabilities during the Newport Gas Outage. During the outage that affected an estimated 7,000 homes, Chief Dugan took control of the emergency response by implementing communication techniques, requesting reinforcements from surrounding towns and other agencies when needed, and ensuring the smooth delivery of response to maintain the safety and well-being of those affected by the outage. When asked what he is most proud of when looking back on the gas outage, without hesitation, Chief Dugan stated that he is most proud of the way his men responded. They didn’t give any trouble about changing their schedule, they all pitched in, they were professional, and they stayed around the clock to answer phones. Behind every Emergency Manager, there is a team that helps to respond to every crisis. Chief Dugan emphasized the most unforgettable memory from the Newport Gas Outage is how helpful everyone was. Chief Dugan was able to say exactly what he needed and he got it without hesitation from any of the agencies that were there to help.

When congratulated on the honor, Chief Dugan expressed his surprise for the title of Emergency Manager of the Year. He stated that it was a group effort and he would not have been able to do it without the men and women that he works with. Chief Dugan credited his success to the agencies that came at Newport’s time of need. Those agencies include but are not limited to, the Newport Fire Department, Newport Police Department, Middletown Fire and Police Department, Portsmouth EMA, Naval Station Newport Fire, Rhode Island State Police, RIEMA, Governor Gina Raimondo, the National Guard, FEMA, the RI Special Needs Registry, Team Rubicon, the IT Department, Sail Newport, the National Grid, the American Red Cross, RI Department of Health, North West Massachusetts Incident Management Team, and the Massachusetts EMA.