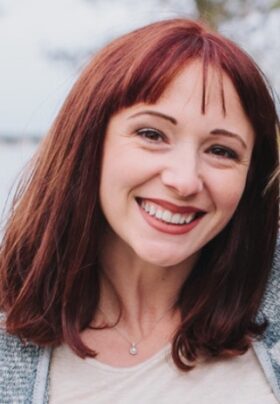 Michelle Burnett, Senior Manager from the Enterprise Response and Resiliency Department within CVS Health, is one of Rhode Island’s skilled Emergency Managers. Burnett graduated from the University of Rhode Island with her Bachelor’s degree in Marine Biology and then received her Master’s degree in Marine Affairs and Coastal Policy. It was in 2008 that Burnett started her emergency management career with the Rhode Island Emergency Management Agency. In 2017 Burnett made the career switch to CVS Health, in which she now leads the Preparedness and Response team for the CVS Enterprise spanning across the country. Burnett works alongside her team to ensure that in times of a disaster, natural or human-caused, all disaster survivors have access to the care they need.

Burnett has helped to develop the processes and procedures that go along with incident management to ensure the steady growth of the CVS Health Operations Center located here in Rhode Island. She is currently working on a number of public health initiatives that she hopes will help foster public/private partnerships. Burnett states that these initiatives are still in the beginning stages but they will prove to be a valuable opportunity for CVS Health to demonstrate its ability to support the needs that come with a public health emergency. As chair of the RI Alliance for Business Resilience, Burnett hopes to continue the initiative to bring together large businesses to focus on resilience and preparedness in coordination with the public and private sectors that can partner before, during, and after an event.

Burnett describes the most rewarding aspects of working in emergency management as the connection between communities, connecting to their customers and providing the best access to care during the times of disaster. A huge motivator to Burnett is being able to make a difference by getting critical medications to patients who would otherwise not have access to those medications during or after disasters. Burnett stated, “having the ability to make a difference in someone’s life during and after a disaster is not just one of the most exciting aspects of my job but also one of the most impactful. There are folks who have chronic illnesses who cannot go days without their medications and being able to help them is the most rewarding experience.”

Burnett has proven to be an invaluable member of Rhode Island’s Emergency Management Team. Rhode Island is fortunate to have dedicated emergency managers such as Michelle Burnett. Our gratitude goes out to Michelle for all of the hard work and dedication she has shown to this state’s emergency preparedness and response during times of disasters.