BLOG: “Keep Moving!” A Tribute to Rick Rescorla on the Fifteenth Anniversary of 9/11 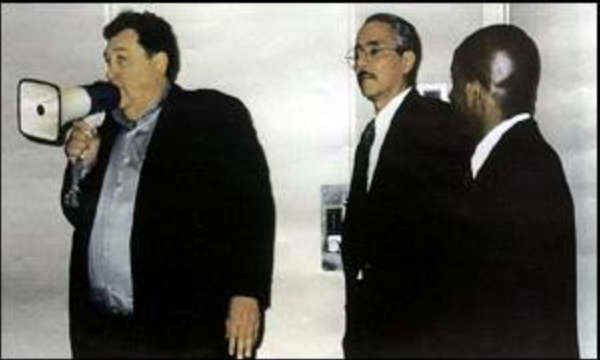 Like many of us, I remember exactly where I was when the twin towers fell on 9/11 – standing in Fire Alarm with now-retired Bristol Fire Chief Dave Sylvaria, watching the tragedy unfold on live television. I don’t recall exactly what we said to each other, but I know it was clear that our entire world had changed in a mere 102 minutes (the period of time that elapsed between the first plane striking and the second tower collapsing.) On this fifteenth anniversary of the 9/11 attacks I’ve spent much of my morning trying to think of something meaningful that hasn’t already been thought, felt, or said over the years since. Of the many heros who lost their lives that day, one that always stands out for me is the late Rick Rescorla, a man credited with having “predicted” the 9/11 attack on the World Trade Center many years before. Much has been written about Rescorla in the years since (and well worth the read) but I thought I would pay a brief tribute here to a great emergency manager who was a true hero of 9/11.

A decorated Vietnam veteran and retired U.S. Army Lieutenant Colonel, Rick Rescorla was by the late 1980’s serving as Vice President of Corporate Security for Morgan Stanley Dean Witter & Co. After the 1993 truck bombing of the World Trade Center, Rescorla concluded that the towers’ construction made it almost impossible to destroy them with a bomb from below. Instead, he was convinced that the next attack would come by air in the form of a large commercial aircraft. With this scenario in the front of his mind, and dissatisfied with his company’s 1993 evacuation performance, Rescorla launched a dogged campaign of evacuation drills and building improvements to get people out of the towers more quickly. “The investment bankers and brokers would gripe, but Rescorla would respond with his Seven P’s: Proper prior planning and preparation prevents poor performance. He wanted to develop an automatic flight response at Morgan Stanley, to burn it into the company’s DNA.” (Washington Post, Oct 28, 2001)

When the first plane struck the north tower on September 11, 2001 at 8:45am, Rescorla immediately ordered Morgan Stanley’s 2,700 employees to evacuate the building, defying instructions from the Port Authority to stay put. By the time the second plane struck, most of Morgan Stanley’s people were already on their way out of the tower. “Keep moving” intoned Riscorla over and over again through a handheld megaphone, guiding employees down the stairs shoulder to shoulder as they had practiced during countless drills. Rescorla and his deputies, Jorge Velazquez and Godwin Forde, had ample time to leave the north tower themselves before it collapsed. But instead, the three headed “back up those stairs into the flaming tower, attempting a final sweep for survivors, and perished… when the building came down. I cannot find the words to acknowledge their courage, loyalty, and devotion to duty.” (Susan Rescorla)

Thanks in no small part to Rick Rescorla’s foresight and calm leadership, Morgan Stanley lost only six of 2,700 employees in the north tower on September 11, 2001—a small miracle in the midst of unspeakable tragedy. So of 9/11’s countless heroes, I pay tribute today to the memory of a man I wish I’d had the opportunity to meet. Let us indeed never forget, but always “Keep moving.”